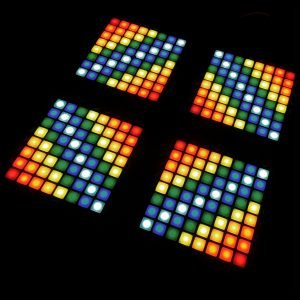 I hope you can join me on March 18 for the world premiere of Polytope, a microtonal multimedia piece I’ve been working on for the last year. Polytope is part of MicroFest 2018, and in fact the 2018 festival season was named after it!

I started work on Polytope in January 2017 at the Banff Centre, and am thrilled to finally premiere it. Polytope builds on my solo electronic performances Diamond Pulses and Comma, but expanded to a quartet of musicians. I’ll be joined in premiering and touring Polytope by Erin Barnes, Cory Beers, and Andrew Lessman.

Polytope will also play in Seattle and San Francisco: