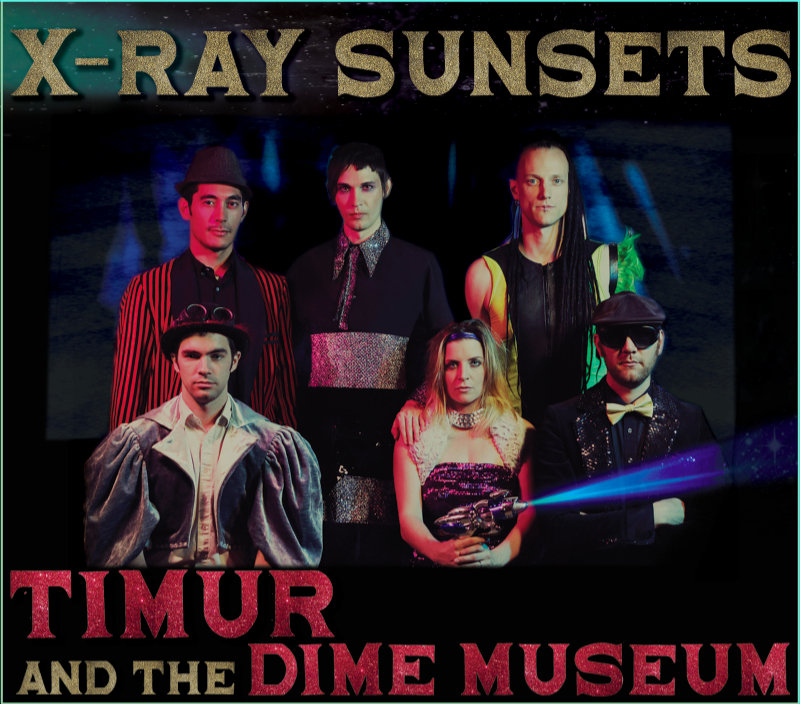 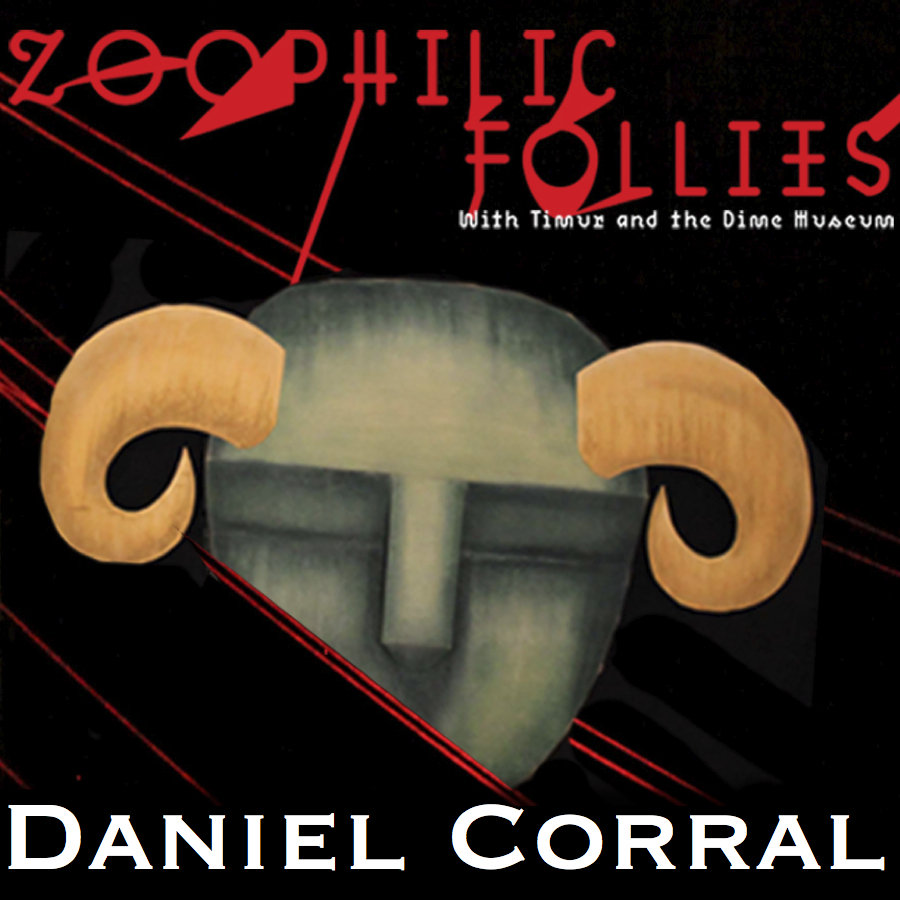 The post-punk glam band Timur and the Dime Museum fuses alternative indie and opera sounds with Bjork fierceness and The Residents theatricality. Formed in 2010 as a collaboration with the Klaus Nomi songwriter Kristian Hoffman, the band is led by the opera singer from Kazakhstan, Timur Bekbosunov, profiled in LA Weekly’s BEST OF LA People Issue 2011. Following their successful debut on the ALOUD series at the Mark Taper Auditorium in LA and an appearance on America’s Got Talent, they performed in numerous venues around LA and beyond, including the Echo, Silver Lake Lounge, the Bootleg Theater, Steve Allen Theater; the Satellite (opening for The Red Paintings), the Echoplex (opening for Tiger Lilies), Royal T (with Prince Poppycock and Ann Magnuson), Un-Cabaret (with Margaret Cho); Portland Arts Center, San Francisco’s Viracocha, and at the Steamcon II in Seattle. Most recently, they were featured at the Redcat Theater Gala with Jack Black, and as part of the DownStreet Art Festival.

The band’s stunning intensity brings songs to cure the new depression with a bohemian attitude, combining Timur’s “charismatic tenor” (LA Times) with guitar, upright bass, accordion, and drums. Embracing multi-disciplinary projects, T&DM collaborated with Daniel Corral on Zoophilic Follies at the NOW festival at Redcat Theater in Disney Hall, an opera Crescent City by Anne LeBaron and the Industry LA, and in 2013 made its East Coast debut with video artist Jesse Gilbert as part of the Beth Morrison’s PROTOTYPE festival at HERE Arts Center, and later on, at Joe’s Pub.